The Gravity Recovery and Climate Experiment Follow-On (GRACE-FO) mission, a joint partnership between NASA and the German Research Centre for Geosciences (GFZ), launched on 22 May 2018. It uses twin satellites to accurately map month-to-month variations in the Earth's gravity field and surface mass changes. It will continue the legacy data record of the first Gravity Recovery and Climate Experiment (GRACE) mission (2002-2017).

Conceptually very similar to the original GRACE mission, GRACE-FO consists of two identical satellites flying in formation around Earth at an initial altitude of approximately 490 kilometers and a nominal separation distance of 220+/-50 kilometers. Instruments on board the satellites precisely measure changes in the distance between them due to orbital perturbations caused by geographical and temporal variations in Earth's gravity field.

GRACE-FO will expand GRACE's legacy of scientific achievements. These include tracking mass changes in Earth's polar ice sheets and mountain glaciers (which impacts global sea level); estimating total water storage on land (from groundwater changes in deep aquifers to changes in soil moisture and surface water); inferring changes in deep ocean currents, a driving force in climate; and even measuring changes within the solid Earth itself, such as postglacial rebound and the impact of major earthquakes. 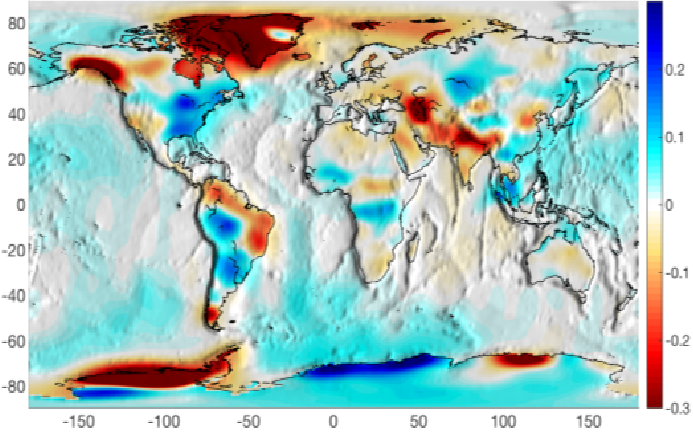 GRACE-FO mission datasets are archived and distributed by the PO.DAAC. The TELLUS GRACE-FO Level-3 Release-06 (RL06) datasets are described and discoverable via the PO.DAAC dataset information pages.  The dataset information pages also provide access to the technical documentation, GRACE-FO Level-3 User Handbook, and guidance on how to cite the data.